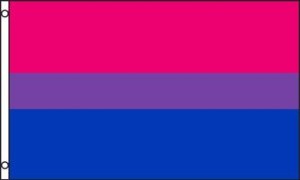 At Prism Mental Health LLC you will find a counselor who understands bisexuality and the issues unique to bisexuals.

Some (by no means all) of these unique issues are:

Lack of support and recognition from Gay and Lesbian community — all too frequently, bisexuality is treated as a phase, denying support to bi youth, or as not actually existing as a separate orientation at all, denying support to anyone who identifies as bisexual.  This can lead to situations where bisexual people are then treated as liars and/or cheaters because of their orientation.

Invisibility and erasure from research and counseling as well as popular culture — for example, famed marriage researcher John Gottman recently released an extensive long-term study about “Gay and Lesbian Marriages” where he and his team not only did not recognize bisexuals, but actively screened out anyone who had previously been in a different-gendered relationship.

This erasure and lack of support means there is little if any genuine information about bisexuals in most counselor training programs.  For example, Mixed Orientation Marriages, where one partner is bisexual and the other is not, are frequently treated as if the bisexual partner is gay and therefore cannot be authentically married to someone of a different gender.  In reality, mixed orientation marriages can be just as healthy and robust as any other marriage — and can be troubled by issues that have nothing at all to do with one partner’s bisexuality.

If you are bisexual, or identify with any of the many personal labels under the bisexual umbrella, do not be afraid to ask your counselor’s opinion, training, and experience with bisexual clients. 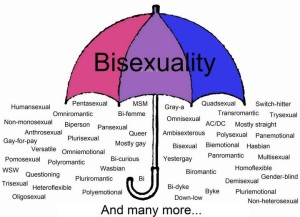